I never visited the Catskills in the heyday of Jewish resorts. But Eleanor Bergstein’s portrait of one liminal summer there reflects something essential in my own experience, albeit in a non-Jewish neighborhood of Chicago, and in the story of “Jews and Racial Justice.” Thus #3 of “Trouble to See,” my singular excursion — with background and resources — into the topic of Jews and Racial Justice. 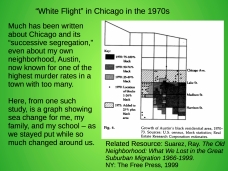 I do realize that many viewers actually enjoy the movie, “Dirty Dancing,” for its dance and music and love story. (I don’t think anyone loves the plot-line about the dancer facing a life-threatening, illegal abortion – although it represents another important a chapter in our history.) But I am pretty sure that Bergstein and I are not alone in also holding a soft spot in our hearts for a time when, as she puts it, “you could reach out your hand, and if your heart was pure, you thought you could change the world forever.”

The Chicago school boycott of 1963 is less well-known than other events of that year in the Civil Rights movement. But it illustrates a great deal about the Chicago of my youth, organization in the Black community to achieve equity, and efforts in many quarters to create positive change that would work for all residents and all neighborhoods.

Nevertheless, Chicago remained one of the most hyper-segregated cities anywhere, with powerful color lines as well as lines between areas welcoming to Irish and Italian, Lithuanian and Ukrainian residents, etc. Sociologists at the time called the neighborhood change we experienced “invasion-succession.” There may be a less war-like term for it now. But it was pretty devastating for all concerned:

Near my home, Urban Renewal razed one whole commercial strip, replacing it with rubble and a sign that read, “Courtesy: Richard J. Daley, Mayor.” They eventually put up a senior citizens home, at that point isolated from pedestrian traffic and with virtually nowhere for residents to walk. A few blocks away, the Arson Squad was kept busy while owners of another commercial strip bailed. In the same time period, we later learned, the Chicago Police Department’s “Red Squad” – organized decades earlier to root out communists and others they considered subversive – infiltrated the Organization for a Better Austin, which, along with the rival Town Hall Assembly, was supposedly attempting to create a stable, integrated neighborhood.

There were more than 80, mostly White, students in our class in first grade. We graduated with 24 students, a very different mix of kids, and we were the last graduating class of the school. Despite many community meetings, the Archdiocese of Chicago decided not to prioritize neighborhood stabilization, instead closing first the local high school and then the elementary school, where I was a student, followed shortly afterward by the church. Patterns similar to this were seen in places like Philadelphia when synagogues fled the city.

Beyond the Romance of Civil Rights

All of the above made for a pretty wild ride in my first 14 years on the planet, as my family remained in the same apartment while everything changed around us. Eventually, our landlord decided to sell, and – after exploring affordable options inside the city – we moved a mile west, to the village of Oak Park. The whole thing left me with pretty dim views of every major institution charged with promoting the common good. And also with some very particular ideas about how racial integration does and does not work — and what it can and cannot accomplish.

I retain a deep affection for that brief sliver of struggle-filled, yet hopeful, time – when we thought a better, racially just world was right around the corner. As grown-ups, though, I think we have a responsibility — “we,” meaning here “White” people, in general, and Jewish communities, in particular — have to look beyond any romantic views of Civil Rights. We have to admit that, exciting as that season might have been, full of possibility and hope, we let ourselves ignore some of the realities. And, even though we probably couldn’t have known any better then, now we must look seriously at what has transpired since then and ensure that we make different choices today, ones that work for all parties involved.

In the meantime, regardless of past history and how it evolved, economic and political equity did not appear. As a journalist covering two of the poorest wards in the city,  both predominantly black, I can testify that whole areas of the District  have been been short-changed for generations on education, housing, and employment opportunities while being over-policed and over-incarcerated.

So, I want to go back to the fictional Catskills and take the trouble to see a little more carefully. 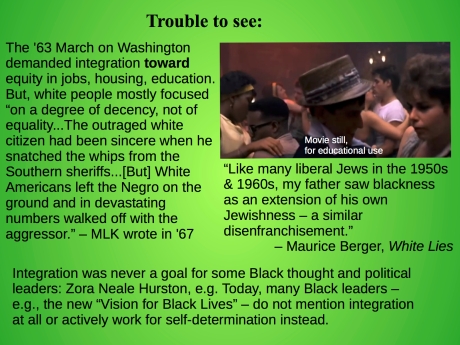 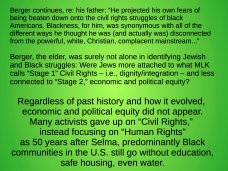 Peeling back another layer…. 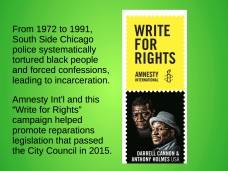 One of too many ugly realities lurking beyond the dance floor… 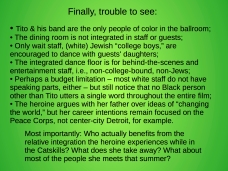 Continued in “Trouble to See #4”

further thoughts and references on Jews and Racial Justice….

from PBS program on Ethiopian Jews

“Bernie Sanders Looks Like Everyone’s Jewish Grandpa…,” read a headline on the Jewish Daily Forward website earlier this election season. But Sanders doesn’t look anything like these Jewish men, some of whom are probably grandpas, or like many Sephardic grandpas. He doesn’t look like the grandparents of many Jewish children in the United States. Bernie Sanders looks like Jewish grandpas from only one part of the world.

The blurb was meant to be cute, sure, but it still promotes an extremely limited view of who “looks Jewish.” (Sadly, the Forward lets the same sloppy “Jewish looks” idea inform news stories as well.) This, in turn, helps validate widespread challenging of anyone who doesn’t look like “a Jew” Central Casting might send.

Jews of color, in particular, report being frequently singled out and questioned about their background — despite that fact that this is contrary to a number of Jewish teachings.

This is just one way in which Jewish communities have work to do, more than most of us would like to admit,
in the area of racial justice.

Not all Jews of color are Jews by choice. But the Talmud’s specific stress on not embarrassing a proselyte or child of a proselyte (Baba Metzia 58b) seems apropos. As does Jewish law forbidding differentiating between Jews by choice and Jews by blood (see, e.g., Yebamot 47b).

More generally, Jewish tradition teaches “verbal wrongs”
are more serious than monetary ones
and that shaming a person in public is the same as shedding blood
(Baba Metzia 58b, again).

It is sometimes argued that people are “merely curious” and not attempting to shame a person who looks “different.” But this ignores what Jews of color, and others who don’t necessarily resemble Ashkenazi Jews, have repeatedly said: Being harassed with demands to explain yourself and your connection to Judaism is not welcoming; it is exhausting to be singled out all the time and demoralizing to have one’s identity challenged.

MaNishtana, “100% Black, 100% Jewish, 0% Safe,” has his identity challenged so often, he says, that he finally penned a book entitled Fine, thanks. How Are You, Jewish?

In her famous poem, “Hebrew Mamita,” Vanessa Hidary speaks about a man complimenting her with, “You don’t look Jewish. You don’t act Jewish.” Eventually, she develops this  response:

Bigging up all people who are a little miffed
‘cuz someone tells you you don’t look like
or act like your people. Impossible.
Because you are your people.
You just tell them they don’t look. period.
— listen here

One organization that has been working for years to “foster an expanding Jewish community that embraces its differences,” is Be’chol Lashon: In Every Tongue. Among their offerings are research, resources, and diversity-celebrating materials.

Recognizing and celebrating diversity within Jewish communities also means addressing the discrimination and risk that fellow Jews face because of their color. See, e.g., “#MyJewish and Why It Matters.” This is another crucial element in the story of Jews and Racial Justice. (more soon)

The same publication has made factual errors in the past based on assumptions about who “looks Jewish.”
BACK