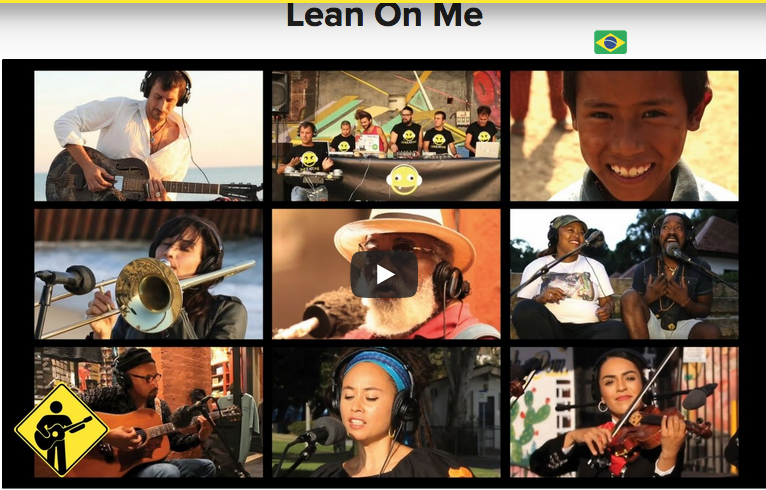 Please swallow your pride
if I have things you need to borrow
for no one can fill
those of your needs
that you won’t let show
— Bill Withers, “Lean on Me,” 1972
(AZ Lyrics)

Many of us have loved the song, “Lean on Me,” for a long, long time. And, as it happens, July 8 is the anniversary of the single hitting #1 on the Billboard Hot 100. So, here are some thoughts about the song, which has been on my mind a lot recently, particularly the line above about letting needs show.

Things You Need to Borrow

How often is a failure to communicate needs at the heart of a serious problem, between friends, in a couple, or in a larger group? And yet, how regularly do people hope for someone(s) who will know their needs without them having to ask?

Withers has said many times — to the Soul Train crowd in 1974, to NPR in 2007, and often in between — that the song is meant to be about friendship. And one of its great strengths is the powerful sense of mutuality: Lean on me now, because I’ll need to lean on you later. But how does that work, in real life, especially when needs go unexpressed?

There are a lot of Jewish teachings around friendship and community. For example, just a few lines from Pirkei Avot [Ethics of the Ancestors]:

These teachings suggest that we should know a great deal about others: “the place” of our fellows as well as our friends’ anger, grief, vows, humiliations, and honor. We are asked here to anticipate, or act to obviate, lots of emotional needs, while other parts of the tradition speak more to meeting our fellows’ physical needs. In this way, Pirkei Avot seems to be asking us to make sure that there’s plenty for everyone “to borrow,” without vulnerable people necessarily having to put needs on display.

Still, the “Lean on Me” advice to swallow pride and speak up remains important, if for no other reason than to keep our friends from failing in their duties.

A Shift of Understanding

The mutuality and inter-connectedness of the whole “Lean on Me” concept is brought home by a slight change to one line, in Playing for Change’s 2015 “Song Around the World” version. Withers sang, “I just might have a problem that you’ll understand” (I’ll lean on you). But Playing for Change has it, instead: “You just might have a problem that you don’t understand” (You can lean on me). And their video, with its mixing of performances from so many people, generations, and locales around the world seems to emphasize that people in any one situation might have problems that could benefit from a wider perspective.

Playing for Change’s “Songs Around the World” give physical embodiment to the idea that we all lean on each other…to make music and for so many other things. [Descriptions follow embedded video below].

The above is video from NBC’s “The Midnight Special” (March 1974).
Description: Most of the video shows Withers at the piano in front of a studio audience, some close ups of him, some panning of audience; near the close of the video is a still of the album cover from the 1972 “Still Bill,” which included this song.

And Playing for Change —

The above video is one in a series of “Songs Around the World” staged by the non-profit Playing for Change.
Description:
The opening guitar chords are performed by Renard Poche of New Orleans, followed by Robert Lutti in Livorno Italy. Niki La Rosa, of Rome Italy, begins the lyrics. Grandpa Elliott, a New Orleans street musician, is heard singing the chorus, while we see: drumming on a beach in Chennai, India; a group of students in Kigali, Rawanda; and young dancers in Kirina, Mali. Elliott then appears briefly.

The “things you have to borrow” verse is sung by Clarence Bekker, Suriname native performing in Amsterdam. Bekker’s voice continues while we see Poche again and then Keiko Komaki of Kagoshima Japan is seen playing keyboard. Musicians and vocal artists in Chicago, Melbourne, Los Angeles and other locations join the mix. Titi Tsira, from Guguletha, South Africa, sings the “right up the road” verse. [More details as time permits, but hope this gives an idea of the visuals.]

Thanks to Bill Withers and so many others for helping us all believe there is someone to help carry a difficult load or just plain carry on while reminding us all that we need to be that someone as well:

If there is a load
You have to bear
That you can’t carry,
I’m right up the road
I’ll share your load
If you just call me.
— Bill Withers, 1972 (from AZ Lyrics