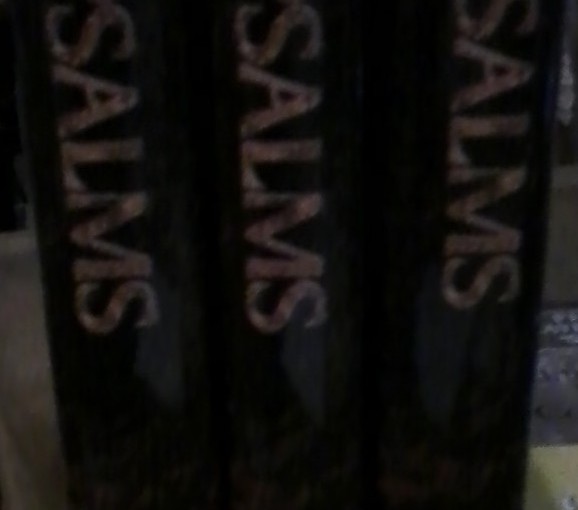 Psalm 30 begins with the superscription: “Dedication of the House” —

Some bricks and mortar possibilities, per The Jerusalem Commentary:

Some argue, as noted above, that David wrote the psalm and then instructed Solomon to recite it. We’ve already touched on additional commentary reconciling “Of David” with “the House” as the First Temple. Other teachers take different approaches to its physical and temporal location largely in support of commentary on its emotional content.

The Mishnah, Bikkurim, reports that Psalm 30 was recited in connection with First Fruits. Other text links the psalm to Chanukah, and it is psalm of the day during that holiday. For several hundred years, Psalm 30 has also been recited first thing in the morning, leading to other associations and interpretations of “house.” More on these ideas to come.

6 of Thirty on Psalm 30
As a National Novel Writing Month Rebel, I write each day of November while not aiming to produce a novel. This year I focus on Psalm 30 (“Thirty on Psalm 30”) in the hope that its powerful language will help us through these days of turmoil and toward something new, stronger and more joyful, as individuals and as community. Whole series (so far)…

…For anyone wondering: I am writing each day in November but not necessarily posting every day. Sorry if this is confusing anyone and hope days with multiple posts, as the blog catches up with my notes, are not too annoying.

The Jerusalem Commentary, The Psalms: 1-57
Jerusalem: Mosad Harav Kook, 2003.
BACK