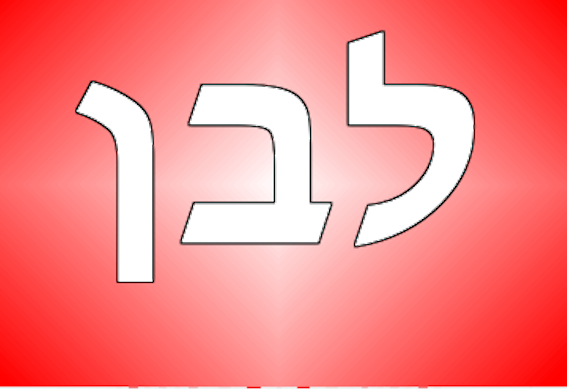 This document — “Bava Metzia 58b with DS9 and related background” — was prepared in my own wrestling with text on ona’at devarim, “harmful speech,” explored at SVARA this season. Thanks to all in, and supporting, Mixed-Level Bet Midrash fall 2021/5782: teacher R’ Bronwen Mullin, Fairies Sarit Cantor and Annie Kaufman, fellow bet midrash students. Special thanks to my chevruta who was a wonderful partner in exploration.

Responsibility for this document and anything not directly attributed to someone else, is, for better or worse, mine alone. (Bava Metzia 58b can be found at Sefaria.)

What Have You Done!?

Here is a different form of exploration around some of the same ideas, particularly the concept of blood being shed by humiliating someone… or draining away at their identity, drop by drop….and yes, I know, there are mixed metaphors in the whole “becoming white” thing.

I believe readers without sight can manage PDFs. If anyone prefers a different format, happy to try to provide. 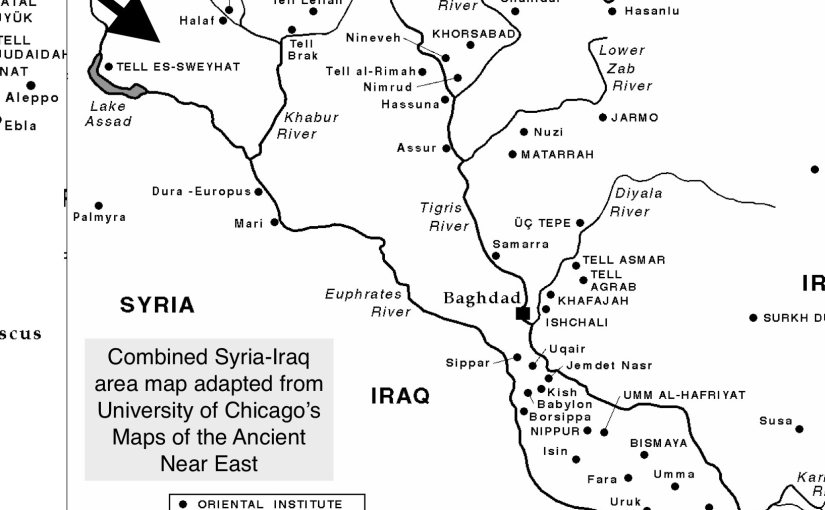 The Torah doesn’t tell us much about the background of Abraham and Sarah, except that they leave it. We learn later, though, that their family maintains ties with the folk “back home.” And that on-going relationship has a lot to do, both logistically and thematically, with the larger theme of Israel’s relationship to Babylon.

Two of the few details we get about Abraham and Sarah involve departures:

The departure of Gen 12:1 — “from your land, from your kindred, and from your father’s house” — is often read as thorough and decisive. Later covenantal language, which includes a name change for Abraham and Sarah (from the original Abram and Sarai) and the ritual of circumcision to separate those in- from those outside (Gen 17), suggests that a serious break with the past is intended. Later, however, Abraham sends to his people back home to find a wife for his son Isaac (Gen 24), and Jacob spends two decades in the old country, marrying two women from his grandparents’ kindred (Gen 29ff).

Over the millenia, a variety of teachings have been gleaned from connections of the Patriarchs and Matriarchs with folks “back home.” There is much food for thought and study there in #ExploringBabylon. Here, to begin, are two points of note.

From the land of Palestine in the First Century CE, Rabbi Yohanan ben Zakkai taught:

R. Yohanan ben Zakkai used to say: Why should Israel have been exiled to Babylon more than to any of the other lands? Because Abraham’s family came from there. By what parable may the matter be explained? By the one of a woman who was unfaithful to her husband. Where is he likely to send her? Back to the house of her father.
— Bialik & Ravnitsky, The Book of Legends: Sefer Ha-Aggadah 149-150:18 (full citation)
[based on Tosefta Baba Kama 7:3]

R. Yohanan’s teaching merges the Babylon of Captivity, which was roughly 700 years before his time, with the “back home” of Abraham, which the rabbis of the Talmud placed at some 1500 years earlier. Without more context, it’s hard to tell what else the teaching meant to say about Abraham’s place of origin, but it does seem to confirm the idea of an on-going relationship between Israel and “back home.” Perhaps it’s a largely negative one, but there is some kind of relationship.

R. Hanina said: The Holy One exiled them to Babylonia because the language is akin to the language of the Torah. R. Yohanan said: Because He thus sent Israel back to their mother’s house. As when a man grows angry at his wife, where does he send her? Back to her mother’s house. Ulla said [God sent them to Babylonia] so that they might eat dates and occupy themselves with Torah.
— The Book of Legends: Sefer Ha-Aggadah 380:25
[based on B. Pes 87b-88a]

Ulla, who traveled between the Talmud academies of Palestine and those of Babylonia, adds a third time period to the merged Babylon concept: It’s Abraham’s original home, it’s the place of Captivity, and it’s a contemporary place where the speaker has witnessed Jews thriving in body and soul. R. Yohanan’s teaching is still there, but it’s book-ended with entirely positive comments about Babylon as the time travel expands.

In addition to merging time periods, both teachings rely on some merging of geographical locations.

In Genesis (cited above), the places specifically linked to Abraham and Sarah are called Ur Kasdim [אוּר כַּשְׂדִּים] and Haran [חָרָן]. Scholars — of history, archaeology, and bible studies — today identify these biblical locations with the historical cities of Ur, west of the Euphrates River in the southernmost area of Mesopotamia, and Harran, between the Euphrates and Tigris rivers in the northernmost section of Mesopotamia.

Babylon, which Genesis never identifies directly with Terah or descendants, is also between the rivers, south of Harran and north of Ur. In Jewish discourse, however, “Babylon” sometimes means the city, but can also mean the wider Babylonia or whole region of Mesopotamia.

As #ExploringBabylon continues, we’ll return to the relationship of Israel to Mesopotamia — in geography, history, and imagination. One of the key elements in that relationship involves the “old” religion. And this topic is linked to the two towns associated with Terah and family.

The Torah text itself does not explain why Terah left Ur or why Abraham is told to leave Haran; nor does the Torah give any reason for God’s choice to engage with Abraham. Commentary generally equate the journey with distancing from older practices and beliefs, particularly in the towns of Ur and Haran. Midrash often fills the white space with stories about Abraham (and, sometimes, Sarah, to whom he was already wed) taking steps toward monotheism before God said “go forth,” while other family members faltered. For example:

Influenced by Abram and his circle, Terah and other members of the family also felt an inner urge — yet not sufficiently strong or clear — in the spiritual direction toward which Abram was set with all his heart and soul. But they did not succeed in overcoming completely the attraction of idol worship and were unable to abandon the world of paganism; they did, in truth, set out on the journey, but stopped in the middle of the away.

Throughout his life, [Terah] did not find the strength to continue his journey and reach the goal that he originally had in mind under his son’s influence. Although he had made an effort to get away from the centre of the moon-cult in Ur of the Chaldees, yet when he came to another city dedicated to this worship — to Haran — he did not succeed in freeing himself from the spell of idolatry, and stayed there.
— Umberto Cassuto, A Commentary on the Book of Genesis Part Two: From Noah to Abraham (Jerusalem: The Magnes Press, 1964; Hebrew, first published 1949), p.281, 283

For more on the moon-cult of Sin, an archaeology background page.

Rabbi and biblical scholar Umberto Cassuto (1883-1951) was eager to provide alternative readings to those promulgated under the Documentary Hypothesis in the mid-20th Century. As part of that effort, he goes to great pains to elaborate on the phrase “[וַיֵּצְאוּ אִתָּם] they went out, with them” (Gen 11:31) in relation to Terah and his traveling party. He also looks at inconsistent references to Abraham’s “country” and “kindred.” (See From Noah to Abraham (full citation).)

While Cassuto is arguing against assigning various passages to the different Documents (not a central concern of this blog), his detailed analysis adds texture to the picture of “back home” for Abraham and Sarah. And that is useful for #Exploring Babylon.

Home and Also Home
Casutto points out that “birth-place” did not mean the same thing for a nomadic people that it means to more settled folk. After further discussion of the references to Abraham’s “country and kindred,” he concludes:

Thus there is no contradiction at all between the passages that indicate Ur of the Chaldees as the original home of Abram and those that afterwards refer to the land of Haran as his native land.
— Cassuto, p.274

This declaration speaks charmingly to all of us who distinguish between “original hometown,” on the one hand, and “longtime home,” on the other. Neither is less “native.” But he goes on to use his analysis to bring some further depth to the landscape Genesis 11ff.

Cassuto suggests that perhaps Terah’s family had originated in Haran and traveled to Ur at some point:

Accordingly, the migration to Haran mentioned in v.31 [11:31] really marks the return of the family to its original home. The fact that Ur and Haran were the chief centres of the cult of the moon-god Sin, and consequently were linked together by firm and permanent ties, serves to explain the movements from one to the other.
— Cassuto, p.275

some notes/resources on the planting and reaping of cucumbers (by magic or illusion), “worship of stars,” R. Eliezer, and Christianity. (posted here for Temple Micah’s Hebrew Poetry group and anyone else interested — and to make use of WordPress’ memory, which is better than mine).
END_OF_DOCUMENT_TOKEN_TO_BE_REPLACED