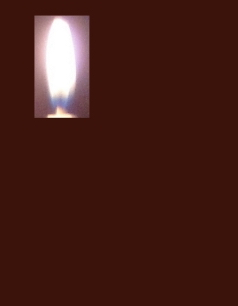 In “Hanukkah for Grown-Ups,” Marianne Novak describes differences between Purim — another holiday that is not commanded in the bible but delineated later by the Rabbinic tradition — and Hanukkah (I’ll uses JOFA’s spelling here for simplicity):

With Hanukkah, Antiochus enforced severe decrees but didn’t chose a specific doomsday for the Jewish people, as Haman does in Megillat Esther [the Purim story]. The Jews in the Persian Empire had no choice to but act. It was do or die. but with Hanukkah, it took the understanding of a small section of the Jewish community to see that the situation was indeed dire. They had to make the decision alone: There was no clear voice from God…It took adult initiative to comprehend why rebellion was the only viable option for the future of the Jewish people.
— “Shema Bekolah: Hear Her Voice series”
from The Jewish Orthodox Feminist Alliance

This reminds me of Psalm 30, verses 7-8, in which the psalmist describes terror when God’s face is hidden:

When I was untroubled, I thought, “I shall never be shaken,”

for You, O Lord, when You were pleased, made [me] firm as a mighty mountain. When You hid Your face, I was terrified.

The expression is sometimes employed to mean that God is not apparent to the individual due to their own or the community’s sin. In the Purim story and some other narratives, common readings see God’s hand throughout, however lost and frightened the actors within the story may be. In the Joseph story, as well, Jacob and his sons take many actions — including selling Joseph into slavery — without narrative direction from God. But eventually Joseph declares that it was all God’s doing: “God has sent me ahead of you to ensure your survival on earth, and to save your lives in an extraordinary deliverance” (Genesis 45:7).

In her piece on Hanukkah, Novak concludes:

…It was truly a miracle that a small group of Jews from within a Jewish community was able to rededicate Israel to Judaism. When we publicize the miracles of Hanukkah, we not only note God’s hand in the story but also remind ourselves that we can take responsibility for the survival of our people. By being conscientious and thoughtful Jewish adults, we also have faith that God will then come and help us.

This is a powerful, troubling conclusion. In the times of Antiochus and the Maccabean revolt, as at most other times in Jewish history, I suspect, there are a number of small groups seeking to rededicate Israel to Judaism. Yes, we must take responsibility for the survival of our people, but — without direct command from God — we must tread very carefully as none of us know WHICH of our many small groups has chosen the direction that will succeed or how any damage we do to one another on the way may not be repaired.

23 of 30 on Psalm 30
No Longer National Novel Writing Month, but continuing the focus on Psalm 30 (“Thirty on Psalm 30”) begun as a NaNoWriMo-Rebel project. Whole series (so far).

NOTE: This new piece — which arrived through snail mail! — was not yet posted on their website, as of Dec. 7, although there are plenty of other fine teachings on this holiday and many other topics. I suspect this piece will be posted soon. And anyone interested can join their snail-mail list.
BACK

There are several parallels between Psalm 30 and the Joseph story, including their pits.

Psalm 30 praises God for having “preserved me from going down into the Pit [bor, בֽוֹר]”:

During the earlier incident, Judah says, “What profit is it if we slay our brother and conceal his blood?” (Gen 37:26) — language that is similar to Ps 30:10: “What profit is there in my blood, when I go down to the pit?” And then Jacob, upon learning of his son’s apparent demise, says he will go down to Sheol in mourning (37:35), like the psalmist in verse 4.

In addition to these language echoes, Psalm 30 and the Joseph story share basic themes of extreme reversals from despair to joy, from strength to terror and back again. Many teachers have noticed the parallels, although no favorite dvrei torah on the subject come to mind. (Please share any that you find helpful.) Moreover, the context of Chanukah brings additional light-and-darkness focus to Psalm 30.

Does Psalm 30 sound different while we’re reading the Joseph story? During these festival days?

22 of 30 on Psalm 30
No Longer National Novel Writing Month, but continuing the focus on Psalm 30 (“Thirty on Psalm 30”) begun as a NaNoWriMo-Rebel project. Whole series (so far).

The Joseph Cycle, which closes out the Book of Genesis, has it all, in terms of story-telling: politics, sex, family drama, passages that touch on religious and cultural practices, plus a few dream sequences. The Book of Exodus is quite the drama as well, but it shifts focus to national struggle, while still providing individual stories that keep the scale personal as well as epic. Both books offer ample opportunity to consider themes relevant to #ExploringBabylon. Both the Joseph story and the opening of Exodus, in particular, prompt us to consider the various experiences of enslavement and captivity — with members of the family that becomes Yisrael as both victims and perpetrators.

We are also prompted to compare the Exodus story with that of the Babylonian Captivity — and, of course, with historical experiences of Jewish and non-Jews.

In his book, Song of Exile, David W. Stowe offers some apropos comments. I think his words worth repeating, as the Exodus tale unfolds in the Torah reading cycle and in advance of Passover, so quote here:

We can readily see how the Exodus lends itself to popular culture – Hollywood, for example—in ways that the Exile doesn’t. The Exodus has a strong central character, Moses, who though not without flaws is undeniably cut from heroic cloth. By contrast the Exile features a shifting cast of characters, none of whom seem quite heroic. There are two malcontents, Jeremiah and Ezekiel, who alienate nearly everyone around them and die on what seems the losing side of history. Daniel rises far in Babylon but doesn’t himself lead the Judeans to the promised land. There is no triumphant entry into the Promised Land in the Exile; some of the Judeans slowing drift back to Judah after Babylonia is conquered by the Persians, and eventually the Temple is rebuilt.
— Stowe, p.100

In addition, Stowe points out, the Exile does not have the same “sense of triumphant destiny” as the Exodus story. While this does not make the Exile a Hollywood favorite, he argues, it does make the story a better fit for the complex “diasporic sensibility of so many ethnic and racial communities in North America,” some of whom thought of “North America as a Promised Land or New Jerusalem,” while “many others imagined themselves as temporary sojourners, never forgetting the links that bound the to a homeland” (Stowe, p.103).

There is so much to unpack in considering the United States as “New Jerusalem,” temporary homeland, and “Babylon.” We’ll try to make some inroads as the reading of Exodus progresses and we launch some new directions in #ExploringBabylon.

Meanwhile, just in testament to the amazing complexity ahead, some related words and images from the 1988 movie “Working Girl,” written and set, of course, long before the Twin Towers became central to another aspect of the story.

UPDATE: The Baltimore Fox-affiliate WBFF fired the reporter and photographer who doctored video to create this story (see below). The producer who assigned this story received only a one-day suspension, and the Fox network has not taken responsibility for its lies, defamation of character, or incitement to violence. See City Paper update on this story (12/31/14). The petition is on-going.

“They were terrified,” reads Genesis 42:35, as 11 of Jacob’s sons realize that their brother Joseph faked evidence that would link them to crime against the state [theft from Pharaoh’s household]. Just a few days ago, a Fox station in Baltimore similarly faked evidence of a crime against the state. Bible readers know that Joseph faked the crime for his own reasons, and that the act will eventually leads to a sort of reconciliation in this troubled family. Nonetheless, the brothers and their father are rightly terrified at the dangerous manipulation. Fox acted for its own reasons, as well, but it remains to be seen if there is any kind of reconciliation possible in this situation.

The shortest version: My friend, Kymone Freeman of We Act Radio, was at the large protest march in DC on December 13. He was filmed by C-SPAN holding a mic and portable amp while people are chanting “We won’t stop ’til killer cops are in cell blocks.” But Fox aired the clip, severely edited — on December 21, after the deaths of two police officers in NYC — claiming it was a chant of “kill a cop.”

Insult to injury: Tawanda Jones, who was filmed leading the chant, has been an especially peaceful activist, who persists in advocating for indictment of “killer cops” — including those responsible for death of her brother, Tyrone West, in custody of Baltimore City Police last year — while insisting that the existence of bad (“killer”) police tarnish the reputations of the entire force, which she supports.

Anyone who does evil, according to a medieval Jewish source, “is punished not only for the specific victim but for all who sorrow for him, as it is said, ‘Now comes the reckoning for his blood’ (Genesis 42:22)” — Sefer Hasidim, 131 (found in Zornberg’s Genesis: The Beginning of Desire, on the Joseph story).

These lies would never have aired without dangerous, racist assumptions

— on the part of Fox staff and viewers — behind them.

Anyone who has studied Jewish history knows this story.

Anyone who has studied black history knows this story.

Anyone who has studied Muslim history knows this story.

We all know this story!

It’s time to change the story!!

Here is a bit more background, the WBFF “apology,” and Kymone’s petition petition in response to being used in this ugly, dangerous manipulation.

Here is Tawanda Jones’ interview with the station that defamed her:

Note, please, that the interviewer has the audacity to say to Ms. Jones “you seem sincere,” as though THEIR distortion of her views deserved as much credence as HER OWN. Also, please note that Ms. Jones says the false story “killed a piece of me.” The Talmudic adage, “Just as the sword can kill so can the tongue” (Arachin 15b), seems amazingly and heart-breakingly apt.

The Joseph story, which begins in this week’s Torah portion raises questions about language, about power and how it is used, and about the possibility of learning an entirely new narrative about a story of which we are a part:

Finally: what does this portion say about “living in the midst of history” and entering the eight days of Chanukah, designed to bring us out of the lowest level of light?

END_OF_DOCUMENT_TOKEN_TO_BE_REPLACED

Imagery of a pit [bor] appears over the years in the poetry of Yehuda Amichai. Frequently, as in the Joseph story (“the pit was empty, there was no water in it” [Gen. 37:24]), Amichai’s pits are without water. Toward the end of his life, however, he published a poem in which a mikveh — which can be understood as a sort of pit filled with water — plays a prominent role:

Here, for Temple Micah’s study group and anyone else interested, are a few references for exploring this idea.
END_OF_DOCUMENT_TOKEN_TO_BE_REPLACED